What is Wing Chun Kung Fu? 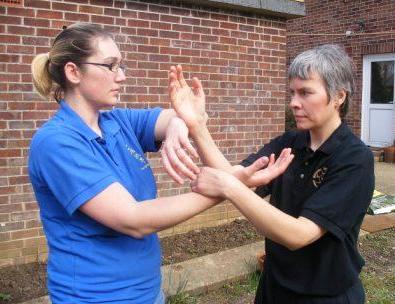 What is Wing Chun Kung Fu?

Wing Chun Kung Fu is one of the most practical styles of Chinese Martial arts to exist. It is an ingenious system that teaches you how to overcome a bigger, stronger opponent using skill, technique and sensitivity. Its principles are based on directness and simplicity and it teaches you how to use your opponent's strength against himself.

Wing Chun Kung Fu is said to have been created over 400 years ago by a nun from the Shaolin Temple named, Ng Mui. Her first student was a young girl named, Yim Wing Chun and it is after her that the style takes it name. The story goes that a local bandit was forcing himself on Yim Wing Chun. Seeing what was going on, Ng Mui took pity on the young girl and decided to teach her Kung Fu. After training very hard, Yim Wing Chun challenged the bandit to a fight which she convincingly won.

Interested to learn?
Want to learn to defend yourself and gain confidence in the process
Come along and find out.  Taught in Beccles

Posted by Sifu Natasha Etheridge at 05:14

Sifu Natasha Etheridge
I have been studying Wild Goose Qigong since 1998. A few years later I began my journey with Chun Yuen Quan and Wing Chun Kung Fu with my Sifu Mike Baker, senior student of Master Michael Tse, my Sigong. I've been teaching Wild Goose Qigong, Chun Yuen Quan and Wing Chun Kung Fu for ten years in Beccles. My health and the quality of my life has improved significantly since practicing Qigong and Kung Fu and continues too.It gives me good health,strength and enjoyment to living.